Bush hammering is one of the oldest forms of rustic surface treatment on our Basalt, adopted primarily for external pavement coating, because it gives to the surface a particular carved, rough and lifted aspect, and it has an impact on the typical grey color of the lava stone and on its texture.

The bush hammering is important not only for defining the surface, but as well for reducing the slippery zones that are subject to stamping, and for displaying a superficial aspect, which can juxtapose other types of elaboration, in order to obtain particular aesthetic aspects. We, Fratelli Lizzio, on the light of our experience, recur to hammering in order to minimize any discrepancies and chromatic variations, which could penalize our Basalt and limit its uses. In the past, the hammering effect was obtained with pyramidal pointed hammers, operated pneumatically, combining the percussion with a rotation movement of the edges. For 15 years, Fratelli Lizzio has experimented and adopted a new bush hammering system; a turbine machine fires off, at high pressure and speed, an abrasive mixture that is composed of air and little bubbles of stainless steel (sandblast), and gives a hammering effect that is far better qualitatively. In this way, it is possible to achieve tiles of a minimum thickness of 15 mm, unimaginable with pneumatic systems. Moreover, the traditional bush hammering system presented a problem on working the sharp edges due to the fact that it was a mechanical impact elaboration that caused strong solicitations and submitted the corners on to strong stress, causing their breakage. The bush hammering method proposed by Fratelli Lizzio does not have the aforementioned effects; oppositely, the sharp edges are gradually rounded, facilitating the juxtaposition of the approached elements. 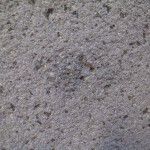 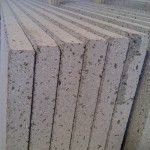 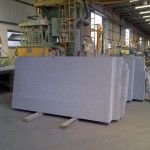 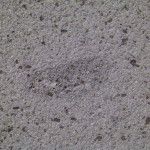 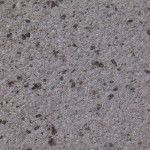 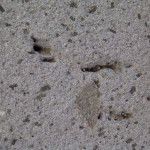 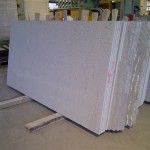 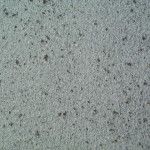 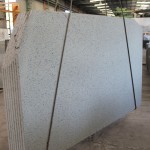 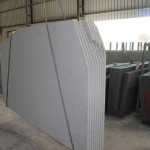 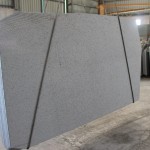 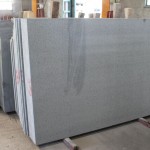 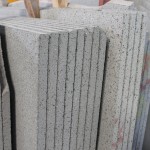 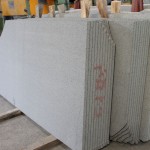